Definition of an agreement?

As per the Indian Contract Act, 1872, an agreement is defined under section 2(e) of the Act. This section said that “Every promise and every set of promises forming the consideration for each other is an agreement”.

Essentials of an agreement

Parties: To form an agreement, there should be two or more parties.

Section 2(a): As per the Indian Contract Act, 1872, defines offer/proposal meaning when a person manifests other’s willingness of doing something or excluding something for acquiring others approval.

Promise: When a person accepts the proposal, it becomes a promise. This is also defined under section 2(b) of the Act.

WHAT IS LEGAL AGREEMENT?

Legal Agreements are those written document that associates the party’s roles and responsibilities of the agreement. This means that if any of the parties is not performing his duties, it becomes a breach of contract.

TYPES OF AN AGREEMENT

There are two types of agreement that is enforceable by Law.

As per the Indian Contract Act, 1872, section 2(h) defines valid agreement are those agreement which is enforceable by Law in the eye of Law.

Express agreement: The parties could indicate a written agreement relieving the defendant from any commitment for the benefits of the plaintiff and liability for the repercussion of conduct that would constitute negligence. A public policy doesn’t protect from contracting to the plaintiff responsible for the maintenance of personal security.

Indemnity agreement: As we all know, indemnity means prevention or protection against a financial liability. It is in the nature of a contractual agreement between parties in which one party agrees to compensate for damages suffered by the other party. In corporate Law, an indemnity agreement distributes to detain Board Directors and company administrative free from personal liability if the company suffers damages.

Security agreement: A security agreement are defines as security interest of a lender in a specific asset or property that is functions as collateral for a loan. In case the debtor defaults on the loan, the lender has the right to foreclose and repossess the property or asset. One of the more common examples would be using real estate as collateral.

Non- compete for agreement: A non-compete agreement is made between employee and employer to not enter into a competition with the employment after the employment period is over. These agreement signing by the employees agrees to not compete in the future within a geographical area and a specified period of time.

Bilateral agreement: A bilateral agreement is a sign between parties or states with an aim to keep trade deficits to a minimum. The scope of agreement varies from country to country. Bilateral agreements are not hurdled by the rules set by the World Trade Organisation and do not focus on trade-related issues. The agreement generally targets individual policy areas, aiming to increase cooperation and facilitate trade between countries in certain areas.

Stock purchase agreement: Stock Purchase Agreement (SPA) is the final agreement that completes all terms & conditions related to a purchase and sale of shares of any company. It is different from an Asset Purchase Agreement, where the assets of a company are being bought/sold.

Joint venture agreement: A Joint Venture Agreement is a legal document where two or more entities work together to do a business for an economic activity together. The parties either concur to configuration an agreement without federation of new entity but with the common purpose of running a business to create a new entity by subscribing equity and share the revenues, expenses and regulate of the enterprise in quantity of their capital subscription.

IMPORTANCE OF AN AGREEMENT

It is obligatory to have your agreements in writing to prevent your interests and enforce your rights. Both parties will recognize clear terms what is anticipated of and majorly what is concurred to and what is not. It will also set out the outcome, procedure, and possible alternative if a party does not consummate any of its consent upon duties or if you want to end the agreement for any ground. Verbal agreements are always a risk. You may perceive assertive that the person you are entering into an agreement with is trustworthy and the relationship can withstand any hurdle, but people change. If you try to enforce a verbal agreement in court, there will in any case, be two categories of the story with one person’s word in opposition to the others. It will be arduous to convince a judge which description is right if you have no written confirmation to manifest for it, and you might occupy years litigating on a he-said, she-said basis.

The cost intimation of this are remarkable. By agreeing to all the terms and conditions of the agreement, the parties will connect and eliminate any problem that begins in the negotiation procedure. If you have a verbal agreement, this might be only come to light when it’s too late because you have to get involved into the relationship with aptitude and no outcome. It shall keep in mind that a written agreement should not just be a one-pager with limited terms. Occasionally, that one-pager, it is in writing, aiming more confusion and trouble than not having an agreement in place at all. Various agreements will be more circumstantial than others as they require to restrain determined terms that the simple person on the street may not know to incorporate. It is significant to communicate that precise contracts must, in line with Law, be in writing, like if you buy or sell immovable property. 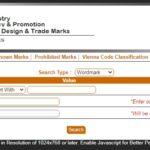 ASSIGNMENT OF TRADEMARK IN INDIA AND IP INDIA TRADEMARK SEARCH 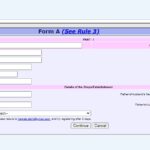 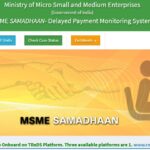 HOW TO RECOVER DELAYED PAYMENT BY UNDER MSME ACT

TRIJURIS (Advocates and Legal Consultants) is a full-service law firm in India having experienced professionals like Advocates, Company Secretaries, Chartered Accountants, IPR Professionals, Registered valuers and other experts who are ready to assist client 24*7.